Pylon, an Egyptian infrastructure management platform for water and electricity companies in emerging markets, has raised a $19 million seed round.

The round, a combination of debt and equity, was led by U.S.-based Endure Capital, which is backed by British International Investment (formerly CDC Group), the development finance institution of the U.K. government. Participating investors include Cathexis Ventures, Loftyinc Ventures, Khawarizmi Ventures and several unnamed angel investors.

Pylon currently operates in Egypt and the Philippines. Part of the seed investment will allow Pylon to expand to other countries in emerging markets, including Southeast Asia, Latin America and Africa. This funding is the company’s first venture round. CEO Ahmed Ashour said he and his co-founder, CTO Omar Radi, had bootstrapped Pylon since 2017. 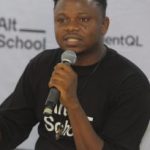