The compromised credentials were originally posted for sale on an underground forum on Jan. 12 by a threat actor named “DonJuji,” according to a RBS post on Thursday. The threat actor attributed them to a January 2019 breach event. The credentials were later shared for free however on April 12 by a different threat actor on the same forum, researchers said.

Bass told Threatpost that at this time there’s no indication how the data was obtained.

Researchers warn the data includes professional email addresses associated with well-known entities, including American International Group (AIG), Experian, Walmart, Virgin Media and a number of other Fortune 1000 companies. The MD5 hashed passwords of users were also leaked, they said. The MD5 encryption algorithm is known to be less robust than other modern alternatives – potentially allowing the encrypted passwords to be decrypted into plaintext.

“It leaves certain users open to spear-phishing or targeted extortion, as we saw a number of professional email addresses in the data,” said Bass via email. “Furthermore, the exposure of user credentials allows threat actors to check them against other websites in a brute-force fashion. If the credentials have been re-used, the threat actors may be able to gain access to more valuable accounts i.e. banking accounts, social media accounts, etc. ”

Bass told Threatpost that because the leak included other sensitive information, such as date of birth or phone number, “it is possible for threat actors to use this data in conjunction with other data breaches to have a wide range of compromised data on an individual. If enough valuable information is compiled it could be sold and/or later used for identity theft, extortion, and other malicious campaigns,” he said.

Neither RBS nor Threatpost has heard back from MobiFriends regarding the compromised data despite multiple attempts at contact.

Leaked credentials continue to be a top threat for companies. With more companies working from home, for instance, cybercriminals have been trading Zoom credentials on underground forums. And in January, a hacker published a list of credentials for more than 515,000 servers, home routers and other Internet of Things (IoT) devices online on a popular hacking forum in what was touted as the biggest leak of Telnet passwords to date. 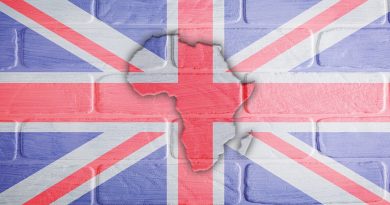