Despite the recent stabilizing of oil prices, the COVID-19 pandemic and its economic impact continue to create a challenging environment for the oil and gas sector. Kosmos’ response remains focused on safe and reliable operations by protecting the health of our employees and contractors, reducing the risk of the virus spreading in our operations, and minimizing the impact on our business. We are also working closely with the local communities in the countries we operate in around the world to fight the virus.

Production in Ghana continued to be unaffected by COVID-19, despite the previously disclosed offshore cases, and averaged approximately 28,700 barrels of oil per day (bopd) net in the second quarter of 2020, at the top end of guidance. As forecasted, Kosmos lifted three cargos from Ghana during the second quarter.

Jubilee continues to perform well with high reliability. Gross production rates averaged approximately 90,000 bopd during the quarter with consistent water injection and gas offtake since the work to enhance gas handling capacity was completed during the first quarter.

Production in Equatorial Guinea continued to be unaffected by COVID-19 and averaged approximately 34,000 bopd gross and 11,200 bopd net in the second quarter of 2020. Kosmos lifted 1.5 cargos from Equatorial Guinea during the quarter, which includes half a cargo pushed from late-March into early April, as disclosed previously. Full year net production guidance of 11,000-13,000 bopd and cargo guidance of 4.5 cargos is unchanged.

Phase 1 of the Greater Tortue Ahmeyim project continued to advance in the quarter despite COVID-19 mitigation measures in Mauritania and Senegal. The project is now approximately 40% complete. While the breakwater installation was disrupted as a result of COVID-19, other areas of development continue to progress well. The BP development carry is expected to cover all cash requirements through 2020.

The planned sell down process of our interests in Mauritania and Senegal remains ongoing.

Africa gears up for switch to circular economy 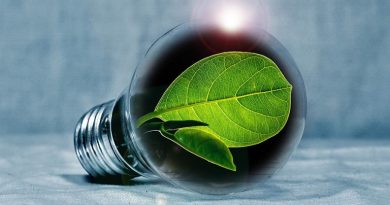